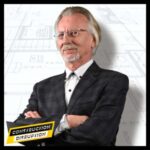 Ed Macnab – Printing Your Next Home

A lack of affordable and attainable housing affects people worldwide and the situation has escalated in North America. As the housing market has spiraled out of the hands of the people, companies are exploring alternative solutions. Additive manufacturing, specifically 3D printing, creates an object by adding layers of material via machine. Typically used for small… ( read more ) 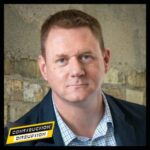 When a problem arises, our first response is often defensive. We lash out, ignoring the other party’s feelings and exacerbating the situation. When a corporation encounters a public problem, a product recall, major complaint, or HR disaster, they can’t afford to be defensive. Crisis communicators step into these messy situations, coaching CEOs, preparing statements, and… ( read more ) 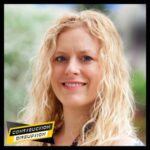 Kiki Redhead – The Power of Color

Color is a choice more complex than hue, as Kiki Redhead and Sherwin Williams know well. Different colors have different meanings, evoke individual emotions, affect perceptions, and even affect a product’s longevity. Colors follow a process from analysts to designers, to chemists to companies, out to salespeople and customers. A color choice says something about… ( read more ) 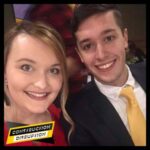 We all deal with adversity, but an unexpected diagnosis was harsh news for Jordan and Mason Burchette. Mason, 25, was diagnosed with testicular cancer after his first visit to the doctor in nearly a decade. Surprised that he was at risk at his young age, Mason questioned the legacy he would leave behind. After enlisting… ( read more ) 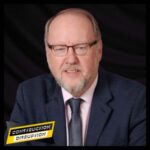 As material and worker shortages continue, the construction industry has a secret weapon. Off-site construction, making modular buildings in a factory. Projects are flexible and much safer to build off-site. With modular components, a building can be transported and assembled rapidly, without the need for highly skilled workers. Modular buildings are ubiquitous and will only… ( read more ) 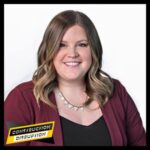 The office space has changed heavily in the last two years, with many companies switching to remote work, some coming back to the office, and some doing a little of both. Through this transition, many offices have downsized, relocated, and readjusted their priorities. As a result, they need flexible space to facilitate the newly flexible… ( read more )

Kassel and Irons uses cookies to improve your experience on our website. You have the option to accept or reject these cookies in several categories. You can enable or disable each category using the buttons to the right. You can also review our Privacy Policy here.
Necessary Always Enabled

This is an necessary category.

Advertising cookies are used to track visitors across websites. The intention is to display ads that are relevant and engaging for the individual user and thereby more valuable for publishers and third party advertisers.

These cookies help us to understand where our visitors come from and how they use our site.

These cookies help us to meet our marketing objectives, and are anonymous unless you fill out a form to request information from us.